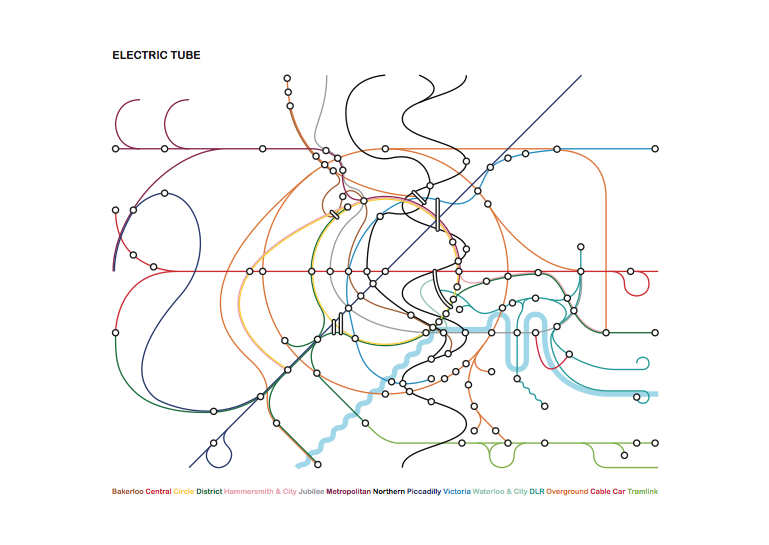 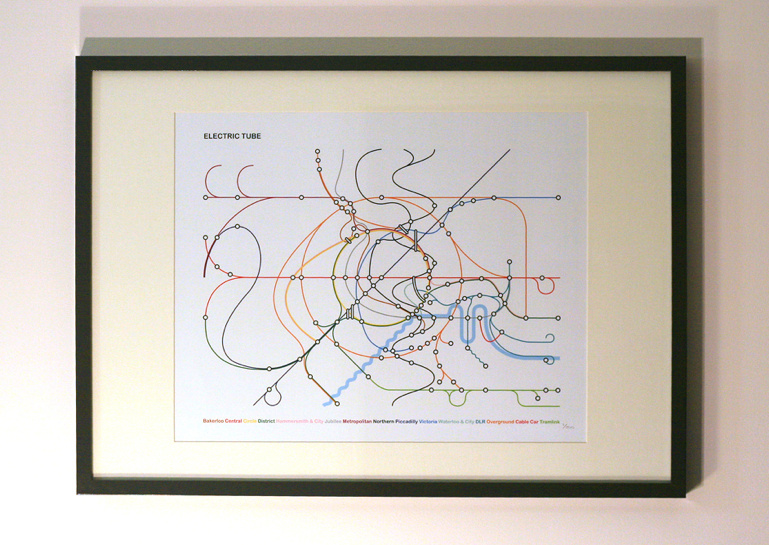 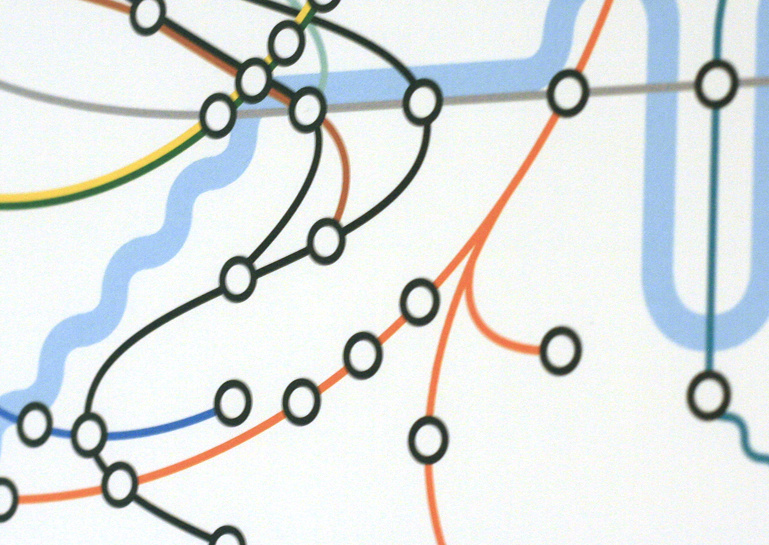 Professionally produced as a high quality lithographic print on 170gsm A2 paper, with a “silk” (also known as matte) finish. This gives the paper a crisp, premium feel and helps enhance and preserve the distinctive colours used.

This is a strictly limited edition run and each print is individually numbered in the bottom right-hand corner.
Inspiration
Electric Tube shows the London Underground network, as well as the DLR, Overground, Tramlink and Cable Car services, as a conceptual map. The starting principal was to show the main part of the Circle line, and the newly orbital part of the Overground, as concentric circles, and to show the Piccadilly and Central lines as straight lines intersecting in the middle of these circles. The other lines were then added in. Connecting stations (joining other tube lines or regular rail services) are shown as dots on the map.

Phenomena in the world of Physics were also an inspiration in the design - the spiralling in that some lines show is reminiscent of tracks seen in bubble chambers following collision in particle accelerators. The Northern line (Bank branch) wiggles like a sine wave, mimicking the wave-like nature of light. A wiggle at the end of one of the DLR branches mimics the notation for certain components in an electrical circuit diagram. The Cable Car appears to hang between its connecting stations, like a real cable.

The artwork is a "topologically correct" map - everything connects correctly and is in roughly the right place compared to its neighbouring lines - but often distorted dramatically compared to how it is in real life!

The design is based on a graphic I drew early last year, a small number of which were sold at the UCL Launchbox popup shop in Shoreditch. This print edition was an opportunity for me to redraw it from scratch, ironing out the quirks like joins which weren't quite right. It's now pretty close to perfection!
Framing Notes
Please note that the print is supplied unframed. It designed to fit particularly well in the following kinds of frames:
View all prints